You are here: Home / Montessori Method / 5 Facts About Montessori Schools

Here are five facts about Montessori schools to bear in mind when exploring preschools and primary schools for your child. 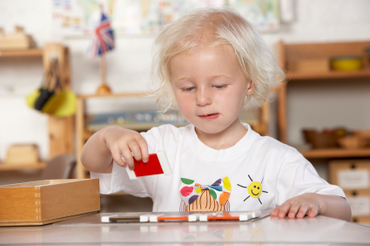 Montessori is a very popular approach for teaching preschool and primary age children. The movement was started Rome by a visionary medical doctor by the name of Maria Montessori. Her work was with the poorest children in the ghettos of Rome. Interestingly enough, Montessori caught on in the rest of the world and in North America in particular with parents of the middle and upper classes. Here are five facts about Montessori schools to bear in mind when exploring preschools and primary schools for your child.

There are over 8,000 Montessori schools in the U.S.

Most Montessori schools belong to the American Montessori Society or the Association Montessori Internationale which was founded in 1929 by Dr. Montessori herself. Depending on which association a school belongs to, if it belongs to one at all, it will also have regional and/or state associations available to it of which it may be a member.

Not every Montessori school is the genuine article.

Dr. Maria Montessori never trademarked the name ‘Montessori’. As a result anybody can call their school Montessori if they so choose. But does that mean the school adheres to Dr. Montessori’s principles and methods? Not exactly. You will only learn if it is the real thing if you know what to look for and what questions to ask.

If you are looking for a so-called ‘traditional’ style of teacher-directed learning, then you will be disappointed. Montessori schools are almost always ‘progressive’ schools. Their classes are multi-age and teacher-guided. The teacher hovers on the sidelines observing, helping and guiding the learning process.

Dr. Montessori designed sensorial materials for the purpose of developing a child’s five senses. The materials include the cylinder blocks, the pink tower, the brown or broad stair, the red rods, the colored cylinders and more. As well there is a host of other materials used for the learning and discovery activities of older children. Upper school teachers are usually expected to develop their own materials.