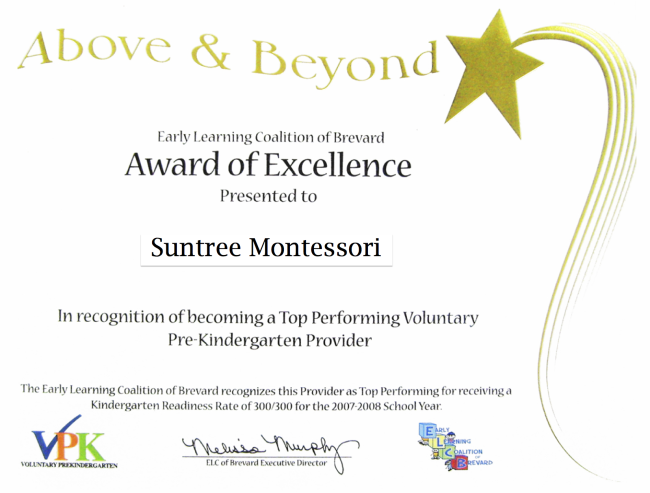 More than 90 percent of voluntary pre-kindergarten programs in Brevard County successfully prepare 4-year-olds for kindergarten success, making sure they can recognize letters and sounds and behave properly in a classroom setting.

Only 13 out of more than 150 providers in the county couldn’t meet the state-set threshold for kindergarten success. All were private schools.

All 31 Brevard public schools that offer voluntary pre-kindergarten adequately prepared pupils for kindergarten, according to the screener.

The voluntary pre-K program is designed to prepare every 4-year-old in Florida for kindergarten and develop the skills they need to become good readers and successful students. Education studies have found that students who participate in these programs are better prepared to succeed and learn in school than students who start their schooling experience in kindergarten.

Pre-K is free to students through the state-funded program.

“I think our continual focus on meeting pre-kindergarten standards has really made an impact,” said Mona Potter, voluntary pre-K coordinator for Brevard Public Schools. “Children are getting those kinds of experiences that help them understand how a classroom operates. They are working with other kids, following a routine and learning what the expectations are.”

Facilities that don’t make the grade are deemed “low-performing providers” because their readiness rate is within the bottom 15 percent.

Some providers are ranked twice under the state scoring system because they offer full year and summer programs.

Providers are scored on a scale of zero to 300, based on how well their students performed in the three key early learning areas: alphabet recognition, sound recognition and classroom readiness.

The low performers must submit an improvement plan to the state before they can offer new pre-K classes or receive state funding.