You are here: Home / 3 Year Old Program / The Moveable Alphabet

The Moveable Alphabet was developed by Dr. Montessori when she realized that children had the mental capacity to analyze the sounds in words way before they could synthesize them. The former is what we do when we write, while the latter is how we read. During a child’s first year in a Primary environment, a lot of time is being spent playing Sound Games, which help children understand that words are composed of sounds. Around their third birthday, they are introduced to the Sandpaper Letters – individual letters cut out of sandpaper and glued on wooden boards – which is how children learn what sound each letter makes and how the letter is written.

The moveable alphabet consists of a wooden box divided into compartments for each letter of the alphabet. The alphabet letters are constructed of wood or heavy plastic and can be manipulated by the child.

In a genuine Montessori environment, we NEVER refer to a letter by its name, because we are preparing the child to write and read. Think about it: when you write or read the word “cat”, you are saying [c]-[a]-[t]… You are NOT reading “cee-ay-tee”!! So why teach the names of the letters? It’s a testament to children’s intelligence that they can learn to read in traditional environments where they have to be taught that “cee says [c]“.

The purpose of this activity is to hear initial, final, and medial sounds of words, and to see the spoken word written in symbols. The child will also use the moveable alphabet for learning blends, and long vowel combinations. 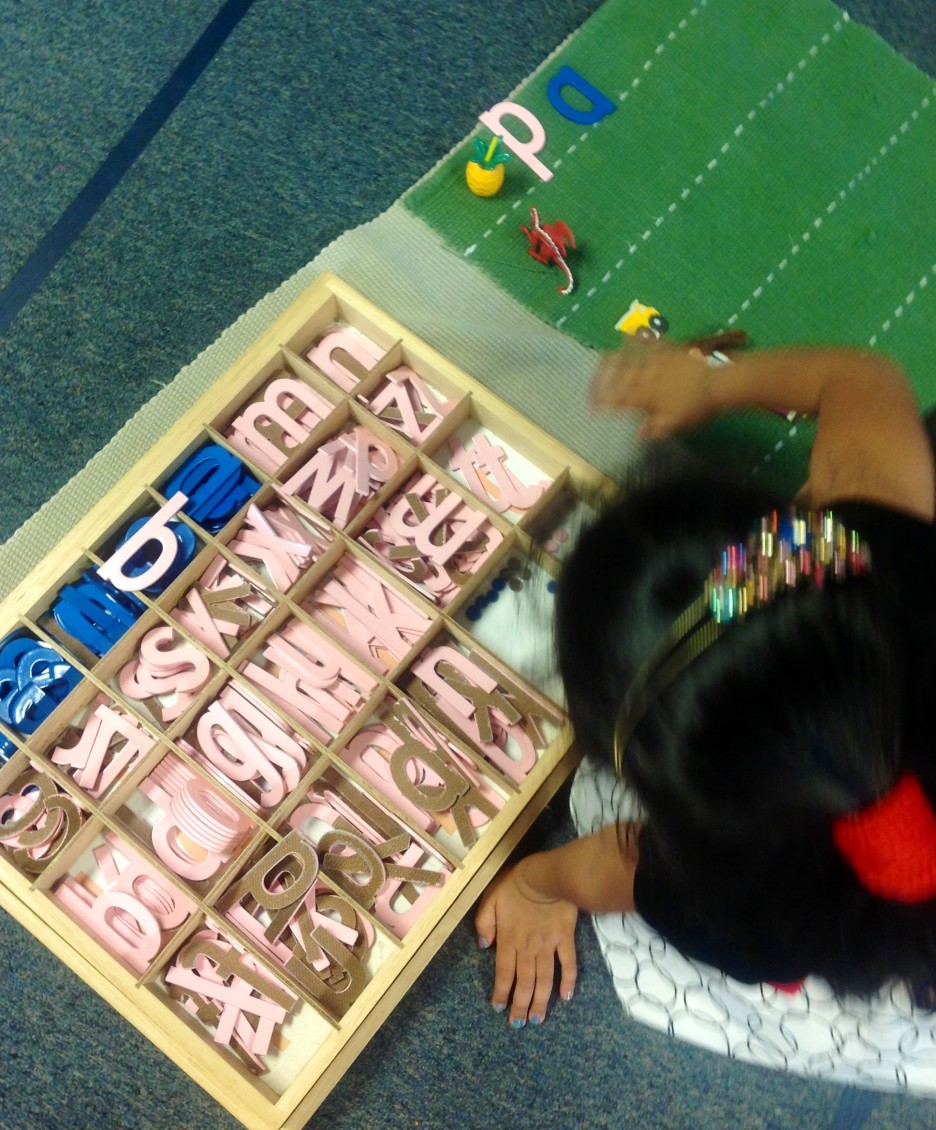 When a child writes a word with the Moveable Alphabet, he does so phonetically by analyzing the sounds he hears as he says a word slowly out-loud. Because English is not a phonetic language, many words will be misspelled. A child is never corrected, nor do we ask him to read the word back to us.

When using the moveable alphabet, the child is learning to read, write, and spell all at the same time.